About us – A historical view of Blue Anchor Leisure.

Blue Anchor Leisure Ltd. Has a proud heritage on the East coast, founded by John Woodward OBE in the late 60’s, born and bred in Ingoldmells near Skegness, where the company is based, he started manufacturing caravans and quickly grew into a major player. The company won the Queens award for export in 1974 and 1975. At the same time he started to acquire sites around the East coast, building the successful empire today that is Blue Anchor Leisure.

Blue Anchor Leisure is the company that in 1995 opened the pioneering theme park on the East Coast, “Fantasy Island”, alongside Europes largest open air 7 day market. 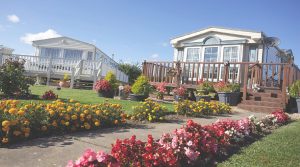 John Woodward was awarded the OBE in 2006, not only recognising his contribution to tourism, but also the fact that he was the largest single contributor to research into children’s Leukaemia. Over recent years he has also donated over £2.3 million to the Outwood Bound Trust.

Blue Anchor Leisure acquired the 400 acre site in Armthorpe 2008, that is now known as Woodward Lakes & Lodges, and gained full planning permission in October 2009. An immense amount of work has already been undertaken, most of it not seen, one example was to move and landscape 300,000 tons of soil and clay.

John Woodward sadly passed away in 2010, but his legacy continues under the direction of his family. The family are thoroughly committed to preserving this exciting project for years to come.

Have any further questions?